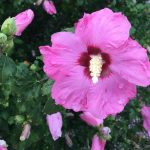 We were blessed to be able to spend Labor Day Weekend at our favorite place in Colorado.  It’s a lovely (and very simple but well maintained) guest ranch with rustic cabins.  There are no phones, no television and the internet connection is horrible.  It is the best place in the world for me to go and unplug.  I can’t tell you how wonderful it is to refresh and spend quiet time planning exciting new business ideas for next year.

The fresh air, breathtaking views and raw simplicity of this place inspire me on so many levels.  I am SO, sew excited about the future and what we will be doing at SewThankful in coming months!

My first big ride post ACL/Knee surgery in March was the Stephenville, Texas Firecracker 100–a metric century which is 100 kilometers or 62 miles.

I am happy to report that despite continuous rain the day before and a 40 – 50% chance of thunderstorms the day of the ride that it was a go… and I did finish.  There was a race and a ride option offered.  I chose ‘ride only’ which is simply an endurance ride on a designated course on public roads. I have no desire at this point in my life to race.

We did get a few raindrops and a LOT of thick drizzle, but that also kept the temp just below 90 which was nice.  I started to go flat in my front tire near the 3rd rest/aid station, but the volunteer bike mechanic was right there when I rolled up and changed my tube for me quicker than quick.  Rest/Aid stations were set up approximately every 10 miles or so.  ALL the volunteers were FABULOUS!

Sadly, one of the cyclists in our group was rear-ended by a car near mile 40. I was a couple miles back when it happened. When I saw the ambulance and all the cop cars with flasher blazing near the top of the next long hilll my heart sank. I think that was the hardest, longest hill I never wanted to make it to the top of. When I got there they had just put her into the ambulance. Several other cyclists were standing around sobbing and talking with the police. I didn’t know at that point if the person was still alive but decided not to add to the confusion so kept pedaling on to the next rest-stop where I received an update when a few other witnesses road up.

As far as I know she is still alive and at the local hospital. There were a BUNCH of witnesses–cyclists and motorists going in both directions–and the police got the person who hit her. Witnesses told me the person was an older female who was extremely incoherent.

As for the course, it was even a little more challenging than I thought it would be. There were a LOT of hills, so many I lost count.  Most were in the 1/4 mile to 1/2 mile length (a few went on for about a mile+) but some of the grades were quite steep, exceeding 10%.  A handful of riders did drop out by mile 40 and snagged a ride back in the SAG truck.

I started having severe muscle cramps and spasms in my lower right quad (on my good leg) at about mile 35. I was taking my electrolyte capsules, but I really think it was the humidity sucking it out of me as fast as I was getting them down. There were times I wasn’t sure whether to laugh or cry it was spazzing so bad. But I kept pedaling anyway and I made it! 🙂

It was a great truly fantastic first big ride back after surgery. Challenging, humbling and exciting enough to make me want to do it again! The route was gorgeous, the volunteers were amazing and I ♥ Texas.

Unfortunately, my guys weren’t able to come with me this time so there was no one to take pics during the ride.  Here are a few I snapped from the car (of some of the closer in parts of the route): 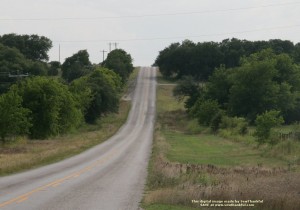 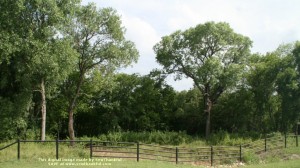 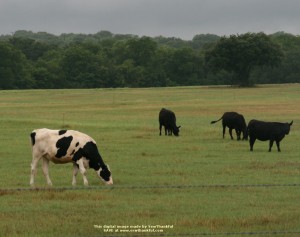 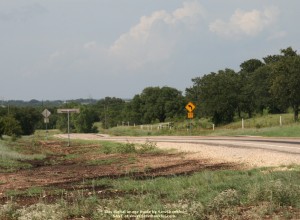 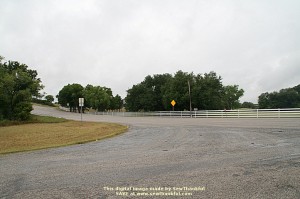 UPDATE JULY 10, 2010 – I contacted the ride registrar to gather more information on the status of the rider who was hit.  I have heard back and here is what she said:

Terri W*** is the ladies name who was injured and I talked to her husband yesterday.  She has many fractures and broken bones and is very fortunate not to be paralized.  She had a 10 hour surgery on Tuesday to repair her back, and had surgery on her arm on Thursday.  She is one tough lady and is going to a re-hab facility today. She is in terrific shape [all things considered] and expects to be back on her feet shortly.

Thanks Tracy for asking about her and thank you for riding with us last Saturday.  We love our riders so much and we have been pretty upset(really
upset)that one of our own got hurt, much less almost killed.

For those who pray, I’m certain your continued prayers, good thoughts and positive energy will be appreciated.  Terri W is a strong woman, but she no doubt will have a long, tough recovery & rehabilitation.

If you’ve been a SewThankful eNews subscriber for a little while you know that I tore my left ACL (ligament in the knee) in early January this year. After several weeks of strength training and stabilization of the muscles surrounding the knee, I was scheduled for surgery to repair/replace the ACL with an allograft.  My surgery was this last Wednesday (March 3rd) and I am very pleased to tell you it was a success. I was able to have same day/out patient surgery and sleep in my own bed that night.

As was expected, the first few days were the most challenging for the body to adjusts and recover from the surgical trauma (the new graft & screws), anesthesia,  pain medications and regaining strength.

I am very thankful for Jeff (my wonderful husband), our sons and our fantastic employees.  Jeff, Jared & Jacob have taken such great care of me. They make sure I have everything I need every day and they are patient when the pain becomes difficult.  Jeff and our amazing employees, Cindy and Heather, continue to keep SewThankful running smoothly while I’ve been confined to the bed and limited to working on the laptop.

My mobility and strength increase more every day and I am looking forward to returning to full function (business wise) next week.  I have an appointment early in the week to have the incision clips removed and set up my rehab plan.

In the meantime, I am focused on recovery, recovery, recovery.  I’m having fun using my crutches dressed in Quilted Crutch Coats™ and  I have come up with a new FREE project idea to share with you (no, it’s not the quilted crutch coats–it’s something else but it is very practical and virtually everybody can use it).  If all goes well, I will have the pattern/instructions finalized by the next eNews, so be sure to stay tuned! If you’re not an eNews subscriber, be sure you sign up to receive the link to the free project.  Click here for the sign up page.

It seems impossible that 2009 is nearly over. I guess I blinked. I hope your 2009 was healthy, productive and sprinkled with an extra measure of joy.

During the days between Christmas and the New Year, I like to reflect on the goals I set last year while developing new goals for the coming year. Did you reach all your goals for 2009?  I reached many but fell short on a few. Within those short comings (failures to meet the desired goal) were hidden lessons of immense value.  I learned more about myself and what living really means than I ever imagined. There were a few setbacks and surprises along the way; but overall, I’m exceedingly pleased with 2009.  Likewise, I am quite optimistic for 2010. New products, new ideas and new goals… I’m looking forward to sharing them with you.

At the end of every day, I’m very thankful for our family, friends, customers and eNews subscribers.  Your friendship, kindness and encouragement has meant so much to me and the SewThankful crew over the years and especially in 2009.

As 2009 comes to a close, we are finishing year-end activities and physical inventory accounting. Additions will continue to be made to the bargains page until we’ve finished cleaning up, clearing out and close the book on 2009.

If you’re looking for our most recent additions, click here.

Be safe and enjoy your New Year’s Eve celebrations! Let’s ring in 2010 with joy in our hearts. We truly have sew much to be thankful for. Life is good.

While we were out and about last Sunday we were treated to a fairly rare glimpse:

He was in the process of crossing the road when we drove past.  Jeff pulled over and snapped the pics for me.  The boys were going wild in the car…thrilled with excitement at seeing a tarantula “in the wild”.

This fury critter was about 4″ in diameter (including legs).